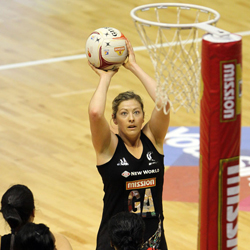 Anna is the only player in the FastNet Ferns to have represented New Zealand at all three World Netball Series tournaments. Another of the younger contingent to make the step-up from the 2005 World Youth Championship winning NZU21 team, Anna joined the Silver Ferns squad in 2008. She was named in the Silver Ferns team for the 2009 New World International Series against the World 7, and made her debut in the 2nd Test of that Series on 26 August 2009.

"Footbionics are not only comfortable to wear but they provide me with great confidence when playing and training. Netball is a high impact and fast moving sport with a lot of pressure going through the feet. I know that by wearing my specifically suited footbionic orthotics I am well balanced and evenly supported and this allows me to perform at my best every time". 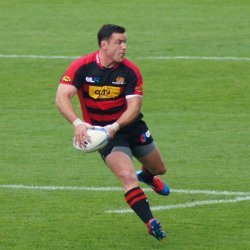 Ryan is the current vice captain of the Crusaders and also an integral member of the Canterbury NPC team. Since breaking his ankle in the U19 World Cup Final (which NZ won) he has relied on orthotic therapy.

"As a professional sportsman, Footbionic’s orthotics are key to my training and injury prevention. With my history of ankle/feet injuries they enable me to train harder for longer and ultimately enhances my performance on the field. Footbionics use state of the art technology and their experienced and knowledgeable staff truly understand how to help athletes and non athletes get the best out of their performance. It’s great to know that I’m supported properly and have the expertise of a company like Footbionics behind me". 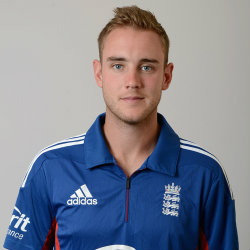 Is an international test and one day cricketer for England and is currently the captain of their Twenty 20 team. A left-handed batsman and right-arm bowler he was a key member of the 2009 Ashes team. He won man of the match in the 5th test after impressive bowling figures of 5/37 on the second day! We are pleased to have provided Footbionics to Stuart for England's 2013 tour of NZ.

"I have found Footbionics orthotics to provide excellent comfort. The cushioning available in these devices has enabled me to cope better with the rigours of fast bowling and a long day in the field. I was able start wearing them immediately without any 'breaking-in' period. Whether it be the marathon of test cricket or the sprint race of a Twenty20 match, I'll be wearing Footbionics." 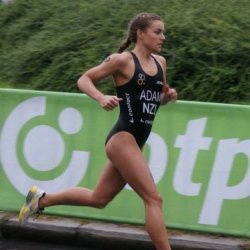 As one of New Zealand's up and coming triathletes Teresa has shown great promise and as one to watch in the future. Teresa knows the importance of being injury free having had compartment syndrome surgery and then sustaining a stress fracture in 2011. Her notable achievements include a 5th place Geelong Premium ITU Continental Cup, Australian Sprint Champs 2012; 1st Elite Women's Tour De Vineyards 5 day Cycle tour 2011; 1st K1 Elite Cycle Race, Coromandel 2011; 7th Seoul Premium Asian Cup 2011; NZ U23 national sprint champ 2010.

"As an elite triathlete, I find that having happy feet is a key to having a happy body. My podiatrist recommended using  Footbionic orthotics. I find these to  be supportive and comfortable. They allow me to train and help to minimise impact on my feet and legs, minimizing injury and boosting race results"


A member of the NZ winter Olympic team Bex has already competed at the 2010 Olympics in Vancouver. She has consistently been one our best riders and finished fourth at the  World Snowboarding Championships last year.. For the past two years she has been a consistent top 20 performer in the World Cup, Europa Cup and Nor-Am Cup half pipe events. This year she was also named Snow Sports NZ “snowboarder of the year”. Bex is now training hard for the 2014 Winter Olympics.

Given the stresses she places on her feet and lower limbs Bex knows that staying injury free is critical to her performance.  'I find Footbionics really important to help with my knee and ankle stability when I am snowboard training and competing' Bex says. We wish her well in her Olympic podium pursuit in Sochi, Russia; February 2014. 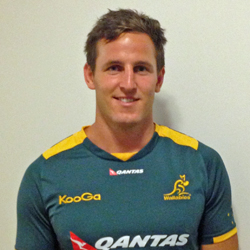 2012 Australian and Queensland Reds back Mike played in the ITM Cup with North Harbour before moving to Australia. His main position is second five, although as witnessed recently this talented player is also versatile at fullback where he kicked 5 penalties to  earn a draw in the last years Bledisloe Cup match against the All Blacks in Brisbane.

"Knowing that Footbionics are looking after my feet when I'm training and playing gives me great confidence. I guess it's just good to know my body isn't under any unnecessary stress by landing incorrectly or not being supported properly. A big thanks to Justin at Bigfoot Podiatry for looking after me. I’ve been using orthotics for a while and Footbionics are the most comfortable ones I have used. It's great to be able to slip them straight into my boots out of the packet.".

Since leaving the Blues at the end of the 2012 Super 15 I have moved to Bordeaux in southwest France where I'm playing for the Union Bordeaux Begles in the French Top14 competition. The pre-season here was full of running and also a heavy workload in the gym, more so than you would normally expect in a Blues preseason. This workload was tough on the body but also on my orthotics, which started to wear out. Thanks so much to the team a Footbionics for sending me some more to keep me up and running as the season kicked off!

The main difference you notice in France during the season is that the French have a much larger amount of full contact trainings, which is something that at my size I'm not particularly fond of! However I am really enjoying being in a new environment and I really appreciate the support of Footbionics! 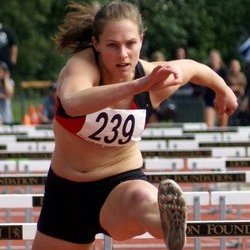 Fiona is New Zealand's reigning  100m Hurdles Campion and is based out of Christchurch where she competes for the High School Old Boys Athletic Club. "The past athletics season was particularly difficult for Christchurch athletes with the loss of the QEII stadium, which meant a lot of traveling to competitions. Over the Winter I went on a New Zealand Development Tour to Europe where we trained and competed against International athletes for over a month. This involved a lot of high impact sprints/hurdles trainings on the track and a lot of stress being put on my feet/ankles in particular.
Luckily I managed to get through with the help and support of my Footbionic orthotics. I had custom made orthotics to fit in my running spikes. It was a great experience and a good chance to test myself against the best. My aim for the upcoming season is to qualify for the World University Games in Russia. Thanks to the Footbionics team for assisting me towards achieving this goal".

‘Playing county and England Lions/A team cricket is no easy task. Day after day on the field and many hundreds of overs to bowl every year.

Shin Splints had always proved troublesome and whatever I tried I was never fully able to shake them off once they set in. Thankfully I stumbled across Footbionics Dual Density orthoses and the problem was relieved in no time at all and has never returned.

Now I have Footbionics in all of my playing and training footwear, and it’s great to know that I haven’t got to worry any more about keeping my feet and body in great shape.’ 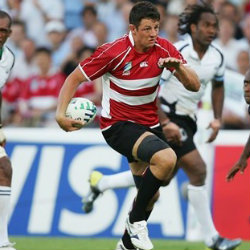 
Luke moved from New Zealand and commenced a very successful rugby career in Japan. He has been playing for the Kintetsu Liners and more notably being an integral player for the Japan Rugby team since 2007.

"Footbionics have been crucial in helping my recovery from a lower leg injury. My Footbionic orthotics offer protection, support and comfort which along with personalised fitting, has allowed me to extend my professional career.  I now wear them in all my shoes and I could not survive without them.  The service and support I have received from the Footbionic team has been invaluable and I would happy recommend them to anyone". 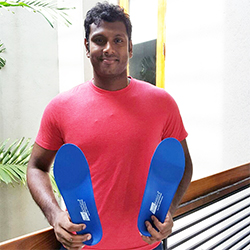 The current Sri Lankan cricket captain, a great all rounder being handy with both the bat and ball has been using Footbionics for a while.

‘I have been wearing the orthotics by footbionics for a couple of years now.  They have given me really good support and they are also comfortable and lightweight, which is great for when I’m playing cricket.’